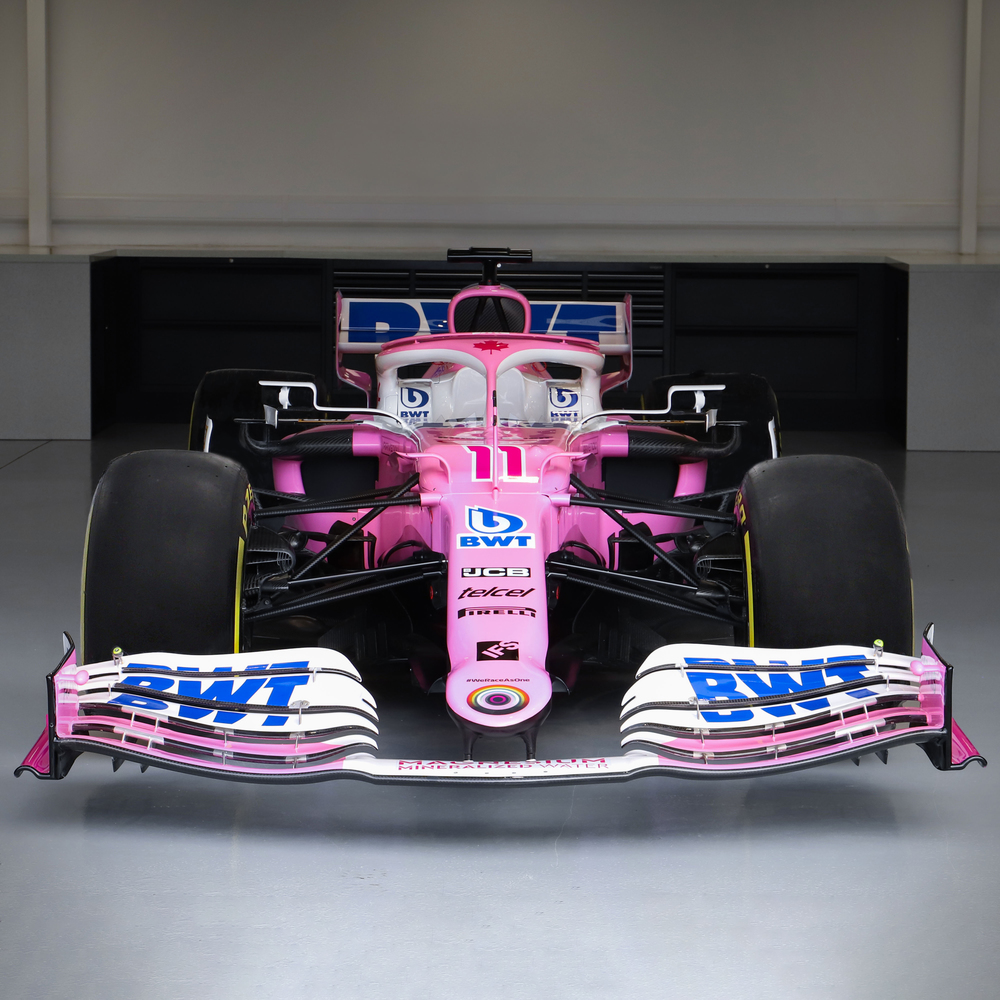 The only Racing Point F1 car to ever win a Grand Prix.

It is in this car that Pérez earned his first ever F1 race victory at the 2020 Sakhir Grand Prix after 10 seasons in the sport.

As one of the most popular drivers on the grid, 'Checo' has since gone on to achieve three more race wins, with a total of 4 wins and 25 podiums so far in his F1 career, now driving for the Oracle Red Bull Racing Team.

In 2020 the car was nicknamed the "Pink Mercedes", due to its controversial resemblance to the Championship-winning 2019 Mercedes AMG F1 W10 EQ Power+.

The show car has been built by Aston Martin Aramco Cognizant Formula One™ Team (who used to be Racing Point) and is one of only four produced worldwide.

It features a number of genuine components from the real race car throughout and has been made using the same moulds as the RP20 driven by Pérez.

* Complete with numerous real parts and components used throughout

* Manufactured using the same moulds as the real race-used cars

Please note: All auction items will include an Admin Fee of 5% of the winning price which will be added to the total when taken to checkout.

Scroll to right for more details

What is Auto Bid Extend?

The Auto Bid Extend feature ensures that bidders will always have a chance to challenge bids placed in the final seconds of an auction. When indicated on a listing page, if a bid is placed during the last 5 minutes of an auction, the auction will automatically extend for an additional 5 minutes from the time of the latest bid. The auction will close once all bidding activity has stopped for a period of 5 minutes.

NOTE: Current Bid Amount and Countdown Timer are not "live." Click Refresh to update them or to see if the auction has been automatically extended by a last minute bid.

Want to keep up to date with our latest auction items and discover the story behind each piece of racing memorabilia? Sign up below to opt in for subscription emails from F1 Authentics and be among the first to hear about new launches!